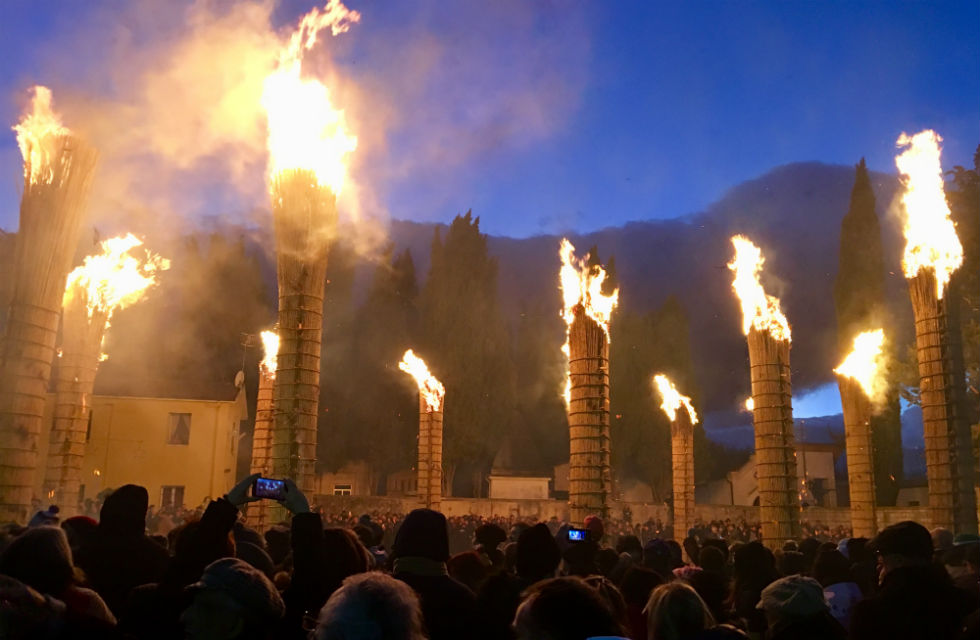 The Farchie Festival in Fara Filiorum Petri, is one of dozens of festivals held in Abruzzo throughout the year, and this festival in particular, is favorite amongst the local people.  The festival is held every year to commemorate when Sant’Antonio Abate (Saint Anthony), the patron saint of farmers, appeared in the forest near Fara Filiorum Petri in the province of Chieti, in 1799, setting the forest on fire to ward off the French invaders.

In many of the villages all over Abruzzo, bands of folk musicians play songs for the local people, to honor the Saint.  In Fara Filiorum Petri, because of their lasting appreciation to Saint Antonio, they take the celebrations to a whole other level.  It takes the townsmen a whole week to construct the 7 metre high farchie, let alone the time taken throughout the year to collect the cane and other materials needed.  The construction is heavily guarded to ensure that the farchie won’t topple over during the festival, which is important because the farchie (pronounced far-ki-eh) are set on fire to symbolize the burning forest- the miracle performed by Saint Antonio.

On the day of the festival, the 16th January, 15 farchie, each one made by a different district, are raised in a circle in the piazza outside the cemetery.  The competition between each district and who had made the best farchie, is fierce.  Once raised, a man must climb the farchie to untie the heavy rope used to aid in raising the farchie.

The Farchie are then set alight one-by-one by lighting the bangers that wind their way up each of the farchie, eventually setting them alight from the the top.  The bangers create a lot of noise, adding the the atmosphere of anticipation, awe and… trepidation!  It was quite windy this year (2018) and the embers were flying into the crowd.  One of the locals of Fara Filiorum Petri turned to me and said that they always wear their old and worn winter coats for the occasion, just in case!

Thankfully, the Farchie stayed upright and we enjoyed the show.  The catherine wheels on top of a few of the farchie, an added bonus to the spectacle.

With all the 15 farchie burning, and the heat on our faces, Marco, Italian Provincial Tour’s guide Tiziana, and I, enjoyed the folk music and fireworks with a cup of vin brule (mulled wine). 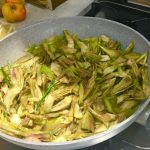 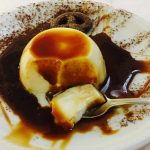 The Ultimate Guide to Eating Out In AbruzzoAbruzzo Italy Tours, Touring Italy