Long before Halloween became established in the United States, in fact back since 1000AD, the Catholic Church has celebrated All Soul’s Day on the 2nd November.  All Soul’s Day, known as Il Giorno dei Morti  (Day of the Dead) is held to commemorate loved ones who have passed away.

The festival is believed to have been bought in by the church to replace the Celtic religion’s festival of Samhain (pronounced Sow-in) when the Celts believed the dead returned to the earth for one night.

Some of the Celtic festival’s activities, such as dressing up in costumes and burning bon fires, became intertwined with All Soul’s Day and carry on being celebrated, even today.  All over Italy, people flock to the cemeteries to lay flowers and pay their respects to the dead.  The older members of the community still prepare their late loved one’s favourite dishes, and leave them out for them on the eve of All Soul’s Day.

In Abruzzo, one of the main festivals to celebrate All Soul’s Day is L’Aneme de la Morte, in Serramonacesca.  It’s also the start of the pumpkin season, and the festival is intertwined with the celebration of pumpkins, Sagra della Zucca.  Throwing in a bit of modern culture, Jack O’ Lanterns are on display and even a contest is held for the best design.  But, in true Italian style, the pulp is used to make classic pumpkin based dishes, and sold to celebrate the vegetable at the sagra. 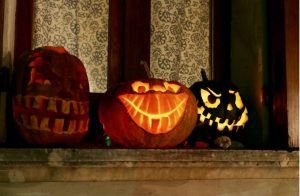 Marco and I visited L’Aneme de la Morte in Serramonacesca on the last night of the festival.  The narrow streets of the village were lit by bon fires and candles flickering inside Jack o’ Lanterns.  The smell of roasting chestnuts filled the air and we felt drawn back in time with the medieval music being played by a band of young adults dressed in medieval costumes.

In a warm tent, we joined others to eat Zucca Timballo (Abruzzese pumpkin lasagne) and Gnocci Zucca e Fungi (gnocchi with pumpkin and mushrooms) and local vino rosso (red wine).

Throughout the village were stalls selling artisan products, and we bought a jar of local honey with walnuts and a loaf of fresh bread.  There were bars selling beer on tap and vino cotto (cooked sweet wine) and cauldrons full of spiced Vin Brulè (mulled wine) that were lit on fire for a little bit of theatre! 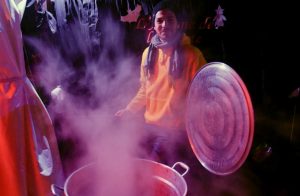 While we spent the rest of the night drinking warm Vin Brule and warming ourselves by the fires roasting chestnuts, we were treated to a show by spinning fire dancers, a dance that is traditionally believed to ward off witches and evil spirits (see video above)

For more information about Sanhaim, All Saint’s Day, All Soul’s Day and the origins of Halloween, visit here 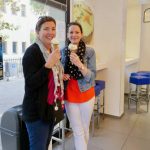 An Afternoon At The FrantoioAbruzzo Italy Tours, Touring Italy, Uncategorized