Dolce far Niente – the sweetness of doing nothing.

On the fifteenth of August, Italians celebrate Ferragosto, a public holiday introduced by the emperor Augustus in 18BC. A popular thing to do in Pescara, Abruzzo on Ferragosto, is to head to the beach where various games are played and the beach establishments play music and provide patrons with punch. Its a real party atmosphere that carries on into the night with a large festival along the Pescara River.

We decided to go against the crowds (and the heat) and headed into the mountains with Marco’s cousin Alessandro and his wife Lorredana. Our destination was a town that Marco and I hadn’t visited before. Fara san Martino is a town in amongst the hills on the edge of the Majella National Park. Its a lovely drive through the hills, past vineyards and through lush forrest. But as we came around the bend and Fara San Martino appeared, so did some major industrial buildings.

I tried to ignore the buildings and see the beauty in the place, despite the imposition. Alessandro was determined to make that difficult however and he drove directly towards the buildings as if they were the destination. Eventually I had no choice but to observe.

I recognised the logos (De Cecco and DelVerde) displayed proudly from their rooftops and Alessandro explained the meaning for the their existence in this otherwise picturesque place. The history of the brand De Cecco begins in Fara san Martino over 120 years ago, when don Nicola De Cecco opened his stone mill and began producing “the best flour in the surrounding countryside”. Today, De Cecco is a pasta giant of international fame, claiming revenue of over 220 million euro.

Its easy for anyone to be able to tell from a packet of De Cecco pasta that its quality is superior to most other pasta producing giants. As I stood there in the shadow of the De Cecco factory, I was told that its all due to the water from the Verde Fiume, that flows all the way from the mountains and through the factory’s grounds. The semolina used to make the pasta is kneaded with the cool, fresh mountain water.

I developed a respect for the both those companies that day. I’m not sure of the numbers, but even if it were more economical to use the water from the river rather than that in the city, surely the factories locations would have to be a logistical concern.

We moved on and into the tiny village a little further along the road and pulled up alongside the river. The banks of the river seemed to be a popular picnic spot and there were many picnic goers set up for the day. Little camps of brightly coloured picnic paraphernalia popped against the vibrant greenery. Bottles of soft drink, wine and big watermelons were being kept cool in the shallow waters of the river. Some people had even built tiny dams out of the river rocks in front of their own camps.

Barbecues big and small had been bought from home and fuelled by coal, the smoke from them billowing from amongst the trees like dozens of tiny chimneys. There is a type of barbecue unique to Abruzzo, made especially to cook their most loved dish, arrosticini. Arrosticini is simply diced fully grown sheep (pecorino), not lamb (angelo), threaded onto skewers and seasoned simply with salt. The quality of the pecorino and the flavour imparted from the coals give these skewers the moreish taste that has made them famous. The barbecues are rectangular in shape and narrow enough for the skewers to rest on the sides of the barbecue and expose only the meat to the coals. Genius! Thick pork sausages and a variety of different cuts of meat were also being cooked. The meats were being flavoured with simple combinations of olive oil and salt or olive oil, vinegar and rosemary.

By the time we reached Pennapiedimonte, we were tired and very hungry. We parked the car and a local resident told us that one restaurant was booked out but there was another small trattoria at the top of the village that might be open. The little antique village is built into the side of the hill and the only way to the top of it is on foot and up. We all looked at each other and said “this had better be worth it.”

We half forgot about our quest along the way to the top. The charm of the village had us stopping every so often to look at a stairway that formed a quaint arch over our path, or to admire the flowers in full bloom hanging over the balconies, or to glimpse the view from between the houses. Pennapiedimonte is perched up high overlooking the patchwork terrain of wheat paddocks, olive groves and vineyards and all the way to the glittering Adriatic.

When we reached the top of the town we found the trattoria was open. Once we were inside however, the man told us that their restaurant wasn’t open that day and that he was only serving drinks. Alessandro explained our predicament and the waiter told us that the best he could do was make us a sandwich. We thanked him and gratefully accepted his offer.

The trattoria was on the side of a lookout platform that looked out over the mountains and valleys in the opposite direction to the sea. It is a wonderful view and we admired it and enjoyed the cool breeze while we waited. The sandwiches were a delightful surprise, made with homemade prosciutto, provolone and olive oil on large slices of rustic bread. Then the waiter put a big carafe of homemade Montepulciano wine on the table too! Marco and I laughed and said “This is what you get in Italy when there is nothing to eat!” Terrible, isn’t it?

After lunch we sat outside on the lookout platform drinking Sambuca and mountain water from the fountain. We sat there for a very long time just enjoying the view and each others company. A couple of times I thought to myself, “we had better get going soon”.  Not because I wanted to leave, it was blissful, but perhaps because it just seemed that we had enjoyed for long enough, according to convention.

For how long we sat there I don’t know, but it was much, much longer than I normally would have. Back home, on the other side of the world, I would have thought about the work to do around the house, about getting dinner on and getting to bed early for work the next day. Everyone else probably would have had the same thoughts. And we would have missed the goodness of that moment.

I guess that’s the essence of Italy and the cause for that “feeling” travellers get when they come here. That “feeling” that has us all dreaming of a piece of Italian life for ourselves. Italians can just be in the moment and leave the rest for later. There is such simple pleasure in that. And such importance. Dolce far niente, is the Italian saying, meaning the sweetness of doing nothing. I think that is their secret.

If you dream of experiencing a bit of Italian life for yourself, join us on one of our authentic tours of Abruzzo. Simply fill out the enquiry form on our “Contact Us” page and we will be in touch with you shortly. 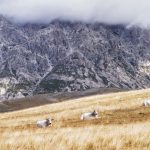 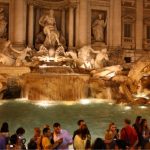 Planning a trip to Italy: How many days should you spend in each place?Touring Italy